Here’s to all 2 million of you

To celebrate our 2 million users, we hear four inspiring personal stories from people who have taken control of their finances

Today I’m happy to share with you the news that we’ve reached a major milestone for ClearScore- at 1:50pm on the 23rd June the 2 millionth person registered to use our free-for-life service.  Thanks Mr. A – that’s you – we’ll be in touch with a little gift!

As I reflect on the last 12 months, and the fast growth of our user base, the thing I feel particularly happy about is hearing about the small role ClearScore has played in the lives of our users.  Money can be an emotive topic, and often taking out credit marks a big occasion in life – the purchase of a family home, embarking on a new course, an unexpected change in circumstances, an extension.  Helping this go smoothly and getting people to the right product at the right moment is the part we play.

Having access to good financial products is important, and used carefully can allow people to get financial stability.  On the flip side, when people are blocked from such services or aren’t in possession of the right information, the outcome can be really stressful.

People get in touch with us all the time to tell us about their stories, and so I’d like to take today as an opportunity to shine a light on a few of those. It’s your personal stories that spur us on and guide us to make our service better and better.

From a debt spiral to taking control- Sylvia’s story

Here’s to Sylvia Lacey.  Silvia had problems with debt in the past – getting in to what she describes as a ‘vicious circle’ of credit cards and then loans to pay them off.  It came to the crunch of taking control or losing her home, and so she faced up to the problem and contacted a debt management company who set her up with a debt management plan which she eventually has paid off.

She told us that ClearScore has let her see her credit score improving each month, as a reminder of the progress she has made, which is a satisfying feeling.  She’s now been able to retire, we wish you a Happy Retirement Sylvia!

From denial to repairing his credit profile- Thomas’ story

Sylvia isn’t alone in getting into a negative cycle with debt.  When Thomas Corner was just 18 he started, in his words, ‘getting carried away’ with credit cards and found himself in trouble with making the payments when he had a period of unemployment.  He told us he was in denial of the problem, and had lost control of who his debtors were.  Since joining ClearScore he’s been able to track down all his debtors and gradually pay off his debts and clean up his credit profile.  He has gone from not being able to get a current account (meaning he couldn’t set up direct debits to monitor his report with other paid-for services) to being accepted for a Credit Builder card which he’s been able to use carefully to build up his score.  Not easy Thomas, well done for getting back in control!

Given that the average UK household has £6,787 in consumer credit debt (£2,387 in credit card borrowing) and rising, Sylvia and Thomas’s stories show that giving people clarity and control through our service is something that really matters.

Matti Aijala has been through some financial tough times, but has now achieved his goal of getting onto the housing ladder, buying his first home.  Like Sylvia he also had some debt related problems in the past, which he has overcome with the help of a debt management plan. As he told us,

‘It was tough and obviously I learned the importance of budgeting and how to live within my means.  Not always the easiest of lessons, but also one of the most important ones to learn!’

He monitored his credit score to ensure that his previous problems were gradually erased from his credit report so that he could move on, and he described getting his mortgage approval accepted as a ‘final seal of approval’.  He moved in a month ago and sent us this picture of the view from his balcony- looks amazing Matti, enjoy settling in!

Finding and fixing errors – over 31,000 users have raised a dispute through us

There have been a lot of stories in the press recently highlighting some of the difficulties people have had when being rejected for a mortgage, only to discover there are mistakes on their credit file.  Unfortunately, like all big databases, there are errors on a number of files- in fact research shows that around 38% of people find mistakes on their file.

We don’t collect the credit report data here at ClearScore – we just show you your Equifax file so that you can check and get any incorrect information removed, and see what lenders see about you. So far 31, 899 people have raised a dispute with us to fix something on their credit report – something we actively encourage.

Checking for errors is one thing, but it can be an entirely more worrying situation when you spot something you don’t recognise on your file, only to discover that you have been the victim of fraudulent activity.  If someone has stolen your financial details, and applied for accounts in your name, this will show up on your report.

We work with Action Fraud, who told us that 4 million of us have been victims of identity fraud, and the number is growing quickly.  One of our users Tony Gunn got in touch yesterday to say he spotted attempts to open a Vodafone account in his name, around the same time some suspicious activity happened on his email account.  He followed up with the mobile company and put in place some additional checks with the email provider, and is now monitoring the situation.

The way most people used to engage with their credit report was once or twice, taking advantage of the free trial at a moment when they needed to take credit, and cancelling as soon as they remembered to stop having to pay the monthly fee. It’s great to see people like Tony using it to regularly watch their profile to good effect.

We had so many more stories come in, and we’ll be shouting people out via our Twitter and Facebook accounts along with the usual selection of tips and money stories.  Thanks for sharing so generously, and to the hundreds of thousands of people who’ve taken the time to share feedback on our service.  You help to shape ClearScore! 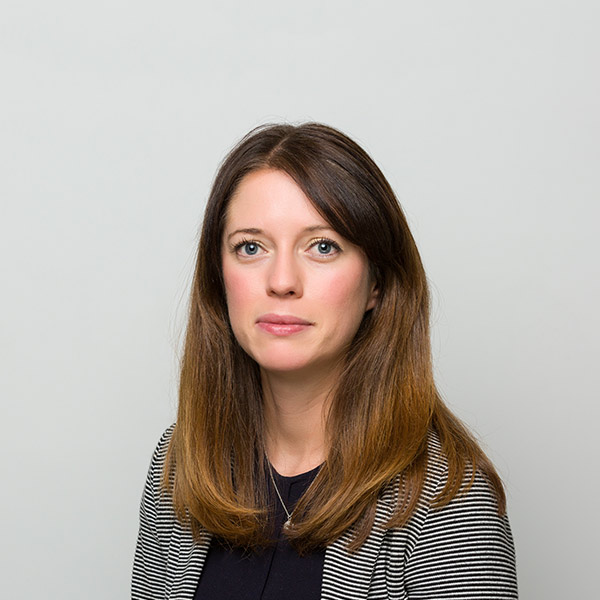 Anna connects ClearScore with millions of users, fulfilling our mission of helping everyone get clear on their money.  When she’s not busy talking to customers she’s on yet another mini-break or doing headstands.