Who is the ClearScore dog?

If you’ve seen one of our TV ads you’ve probably come across Moose the dog. We always get a lot of questions about Moose so we thought we’d let you in on a few secrets.

Since July 2016, Moose has been the face of ClearScore’s TV adverts and so far he’s starred in four of our TV ads helping his owner Charlie check his credit score and stay on top of his finances.

Here’s a bit more information on our favourite dog:

Location: always by Charlie’s side

Moose’s catchphrases are probably his most iconic feature and we often find ourselves quoting them in the office. According to a twitter poll we ran ‘Wat Doing?’ is the favourite saying, taking 53% of the votes. In second place was ‘Okay, I come to!’ followed by ‘Where going?’.

Of course, Moose wouldn’t be the same without his loving family. First up we have Charlie. Charlie and Moose have a pretty enviable relationship, who wouldn’t want a companion as loyal as Moose? Wherever Charlie is, Moose is not far behind. Lauretta is the sensible one of the family, regularly reminding Charlie to check his credit score and report.

Now you’ve been introduced to the family in the adverts, we’ll let you in on a few behind the scenes secrets.

We sometimes get asked if Moose is real or whether he’s been added in post-production. Now maybe this is testament to Moose’s acting skills, but we can confirm Moose is a real dog. In fact, Moose is played by a Boxer called Gertie. A trainer comes to all the shoots (with plenty of treats) to helps us get all the best shots. Sometimes it can take quite a few takes before we get the perfect glance from Moose, but it can take a few takes with the actors too.

We always love hearing from people who like our ads and it's clear that Moose has started to gather a loyal following. We often get sent pictures of people’s dogs doing their best Moose impressions and occasionally we get asked if Moose is looking for a new home (sorry, he’s not).  We’ve even seen some rumours that Moose is a figment of Charlie’s imagination. We’re not so sure on that one, but what do you think? 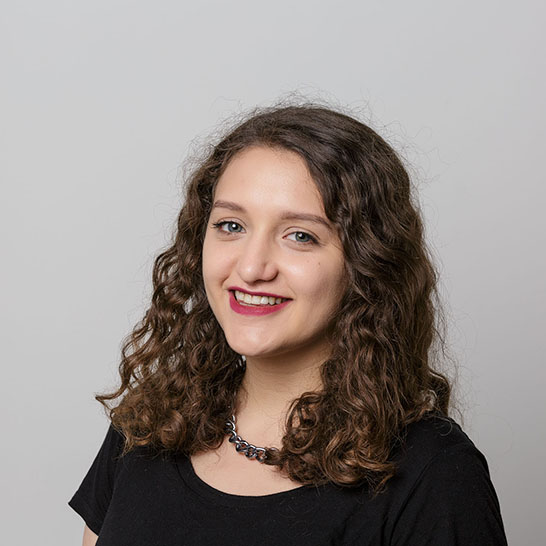 Hannah reads all the finance info on the web so you don't have to. She knows all there is to know about your finances but still spends all her money on brunch.